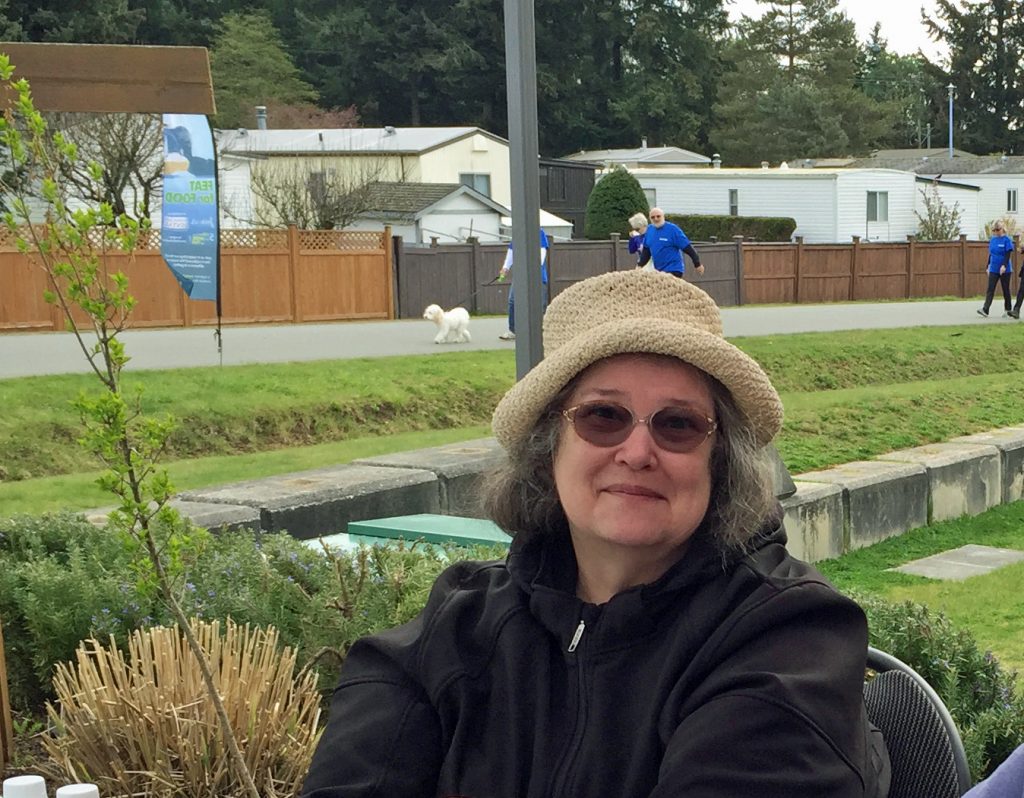 “Santa’s not coming to my house, Miss”.

These are the words that, 25 years ago, started Ginny Brucker on her long journey into community service.

The founder of what is now Nanoose Community Services, looked at the 6 year-old girl’s lunch (plain cooked macaroni in a sealing jar) and decided then and there that she had to help the handful of children at Nanoose Bay Elementary School who were not looking forward to Christmas.   She passed the hat that day amongst teachers and staff and bought presents “from Santa”.

In subsequent years, inspired by a little girl in the playground with no coat and the soles of her shoes flapping as she walked, needy children were also given coats, mitts and warm boots as an “early gift from Santa’s Elves”.

Driven by the motto “If not me, then who?”, Ginny began “Nanoose Community Cupboard” about 9 years ago after learning about a single parent at the school whose heat had been turned off in the dead of winter and had no food for her three children.  Nanoose Place donated space to store, sort, and distribute groceries and food donations came in from across Nanoose.

Ginny’s husband, Charlie, himself familiar with hunger as a child, helped Ginny by purchasing grocery staples to augment donations and delivering them to those without a car.  One young man would herald Charlie’s arrival with “the food Santa’s here, Mummy”!

The pair worked tirelessly over the years to help their neighbours.  As Ginny says “we weren’t just feeding people’s tummies, we were feeding their spirit”.