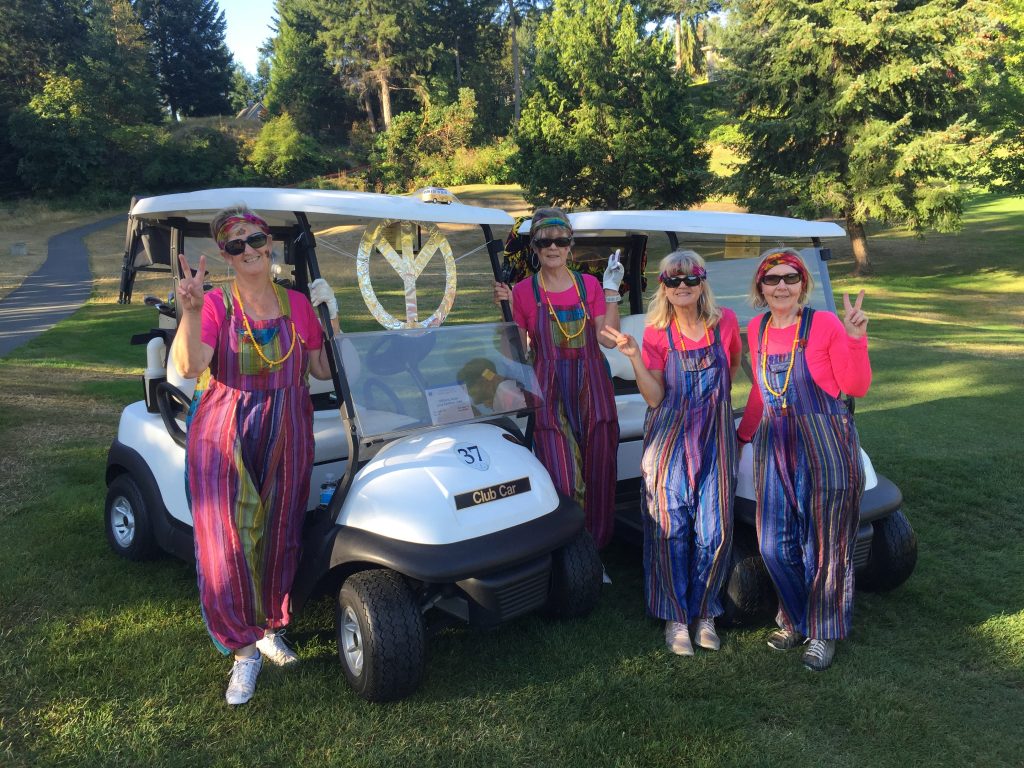 Close to one hundred artfully clad golfers set out on a bright sunny day at Fairwinds golf course in August to have fun, and more importantly, to raise money for the Nanoose Community Services (NCS).  By the end of the charity event, which included dinner and prizes at the clubhouse, the ladies were able to make a generous contribution of more than $2,500 to NCS, helping to provide much needed food and staples for people in their community who need and depend upon the help of their neighbours.

The “Field Day’, as the tournament is called, has been taking place at Fairwinds Golf Course for about 15 years, with the proceeds from raffle tickets and ‘mulligans’ going to NCS since 2012.  Prior to that donations from the event were made to the Breast Cancer Foundation and to the Nanaimo Hospital.

The golfers sported an imaginative array of costumes with themes and many of their carts were decorated as well.

“We usually start planning the event in December”, said organizer Lynn Griffiths, “as many of the ladies involved head south for the winter”.  She and Janet Gibson headed a committee of 11 women who worked on everything from registration to gathering prizes and making decorations and ‘goodie bags’.

The men got involved as well.  “There were 28 men who were out on the course helping to find lost balls and to ensure everything went smoothly”, she added.

“A great time was had by all and everyone benefited”, said NCS Chair Andree Fortin, who has been involved in the event herself since 2008.  “The ladies get to wear funky costumes, have a great day of friendly golf and help those in our community who don’t have the chance to participate in an activity such as golf”.