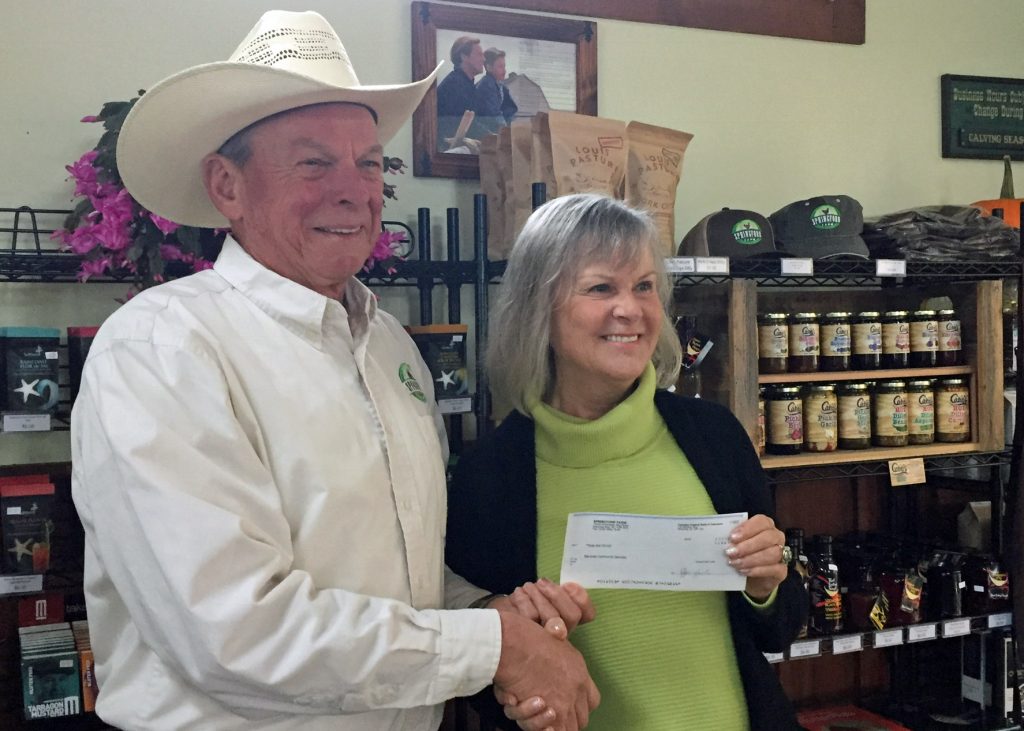 The roots of the Springford family may be in Victoria, but their hearts are now centred in Nanoose.  Diane is rightfully proud to descend from one of the first settlers to Fort Victoria, who arrived in 1853 on the Hudson’s Bay ship, the Norman Morison and Colin was born on a dairy farm in North Saanich.

This entrepreneurial family has been in Oceanside since 1975.  Relocating up island in 1975, they initially owned an acreage in Parksville but moved to a small farm on Dawson Road in the late 80s.  Throughout that time Colin owned an excavating company and farming was a hobby. Colin termed it “a weekend escape from work to keep my sanity”.  But when Fred Morris, whose family had owned the former “Thomas Wall Farm” since 1944, put it up for sale in 1998, Colin and Diane jumped at the chance.

The whole family had been active in the Canadian Hereford Association (son, Ross, and daughter, Clarice, were members of the Junior Hereford Association), although Colin confesses that he just “played in the purebred cattle business” before buying the 200-acre farm.

In 2008 son Ross returned to the farm after working in Abbotsford for the John Deere Dealer.  It became necessary to transition from a “Hobby Farm” to an operation to support a young family with good wages.  The business gradually grew and in 2011 egg production quota was acquired and today they have just over 5000 free range egg layers, 100 + beef cattle and raise meat chickens and turkeys on permit.

In order to fill the requests of local retailers in Parksville and Qualicum for their eggs, government regulations required them to construct an egg grading station in a separate building from the production barn so a plan was set in motion to build, and with the popularity of their farm gate sales the idea was hatched to build a market space in the same building.  The Springford Farm Store opened for their turkey sales for Thanksgiving 2014.

Ross now manages the poultry and livestock side of the business as well as assuming a good deal of the ‘grunt work’ from his father.  His five-year-old son, Parker, part of the 7th generation to live and work on a farm, took his first calf to the fair in Cowichan in 2016.

All three generations of this close-knit family understand the importance and joy of helping their neighbours.  For many years, they donated hundreds of dozens of eggs and beef to clients of NCS and each year they have sponsored families under the Elf Program.  Now that the former “Community Cupboard” model has changed and clients receive Q-Cards, they have become creative with their fund-raising schemes. Their granddaughter Janel van Dongen, then seven, raised $425 for NCS with a hot chocolate stand at the store in December 2014.  This year the store raised $528 by donating $1 each dozen jumbo eggs sold in November and vegetables donated from their neighbours’ gardens raised $60.

Colin and Diane say that they sell “what grandma knew as food”.  The Springford family is also a shining example of old-fashioned neighbourliness. Nanoose Bay is truly fortunate to have such a caring and high quality family business in our midst.