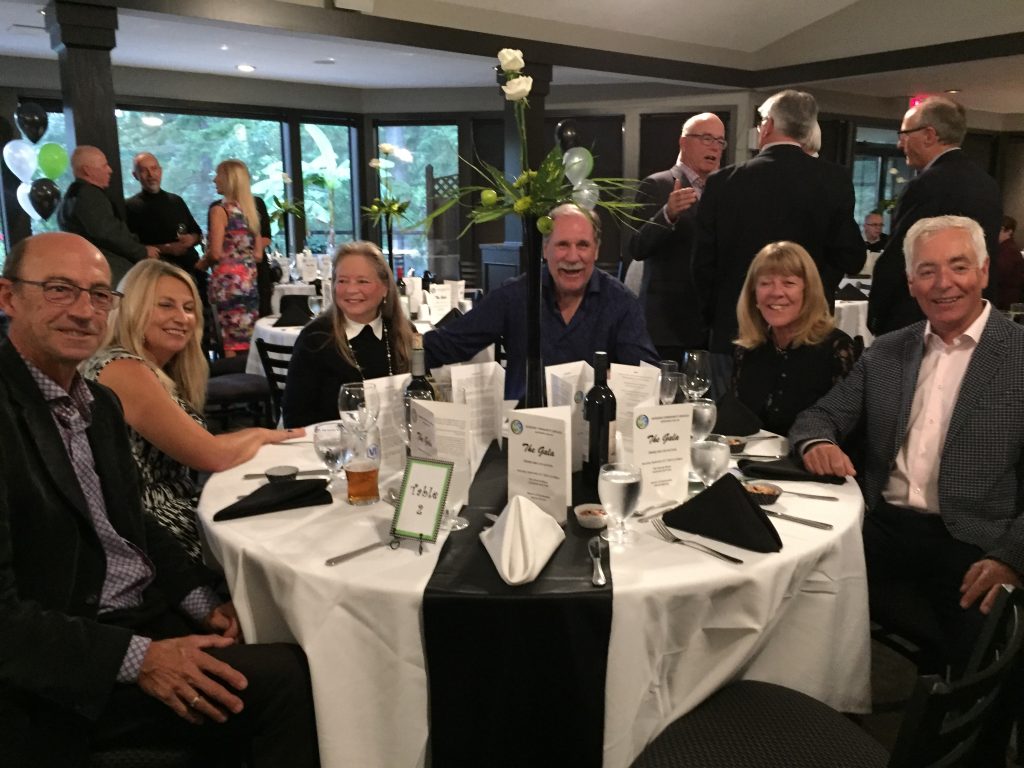 In a major fundraising effort, local Nanoose Bay residents raised over $21,000 to go to Nanoose Community Services (NCS) in support oftheir neighbours in need.  The ‘Gala’ dinner event was held at Fairwinds Clubhouse in late September.

The moment they walked in the door, guests were greeted by event host and auctioneer, Patrick Murray; NCS Volunteer Ann Larson, and NCS President, Pam Bjornson, as they were served a glass of Prosecco, in what was truly a ‘Gala’ evening.

“I want to thank the organizing committee, in particular, Patrick Murray, for their tireless work over the past several months planning and perfecting details for this major NCS fundraising event”, said Pam.  Working with Patrick were committee members:  Joanie Miller, Marion Clark, Crystal Ironside, Bruce Robertson and assistants Leslie Horsman and Ann Milne.

Patrons purchased ‘balloons’ for an opportunity to win prizes donated by local businesses, including car detailing, return passage on BC Ferries, restaurant gift certificates, ‘649’ tickets and wine, all going towards the proceeds for the local charity.

“Patrick did his usual masterful job as auctioneer,” said committee member Joanie Miller,  “skillfully soliciting the best prices for the twelve items on a list that included: a gourmet dinner created and served by the Fairwinds culinary team, a two night stay at a Naramata B&B with VIP tours of several wineries, a sunset cruise with Haida Gold Ocean Adventures, and a nine- hole golf lesson with Fairwinds PGA Class ‘A’ golf professional, Jeff Dinn.”

One of the guests, who wished to remain anonymous, offered a $1000 donation if anyone would match it.  Immediately the $1000 was matched, plus another $1000 added through individual bids.

NCS president, Pam Bjornson summed up the general consensus by everyone who attended the evening event. “What a fabulous job the organizers did, and a great result too! The clubhouse was beautifully decorated, the food was great, and everyone interpreted ’smart casual’ as they wished.  It was a very nice evening with a warm vibe – what a community we have!!